Sergeant Daniel Malone is back in the States after being medically discharged for severe PTSD. In his hands, he holds a letter given to him by a fallen friend. The letter, the last note from Eric, the soldier’s brother, is of his coming out and needing his brother’s support.

Daniel insists on returning it to Eric and telling him that his brother supported and loved him, but Eric blames Daniel for his brother’s death. Daniel gives the worn letter to Eric in the hope it brings him peace but can’t stay away as the words of the message and seeing Eric for the first time have stirred feelings in Daniel’s heart that he’d never felt before.

Even though Eric seems to want nothing to do with him, fate and the letter written to a brother could be what brings them together or drives them apart.

Daniel Malone followed the yellow line on the road as it raced past him. The bus he rode traveled along the coastline to Jasper Falls, a coastal town in upstate Maine. The painted lines on the highway hypnotized him, and drew him closer to the window. Waves crashed upon the shore. Overhead, seagulls flapped their wings in the blue sky. Oaks and maples swayed in the breeze, bringing a rare smile to Daniel’s face.

A small jump off the bus onto those rocks and my life would be over. But I can’t, I have a letter to return. I made a promise to an old friend.

“Attention passengers, we are reaching your destination,” said the bus driver,

A bump in the road jolted him out of his reverie. Within minutes, the bus would pull into town. He had limited knowledge of the place except for where his hotel was and what his friend and fellow soldier, Shawn, had told him. Even then, his words didn’t do any justice to the area.

Green leaves shook as the coastal breeze danced in their canopies. The sun shone in the blue sky with only a few scattered clouds, seemingly stretching forever. How many stars decorated the night sky? The Atlantic Ocean looked magnificent compared to what he’d seen of the vast body of water overseas.

Daniel would deliver this letter. It’s what Shawn would’ve wanted me to do. Daniel knew he had changed since the war. He hoped above all, that here, he could find peace. God, I need help. I hate who I am now. An emptiness filled his soul, preventing Daniel from feeling anything. It made him nauseous and his stomach twisted in knots. Daniel liked the view, but the numbness stretched as wide as the ocean and prevented him from enjoying it like he would have as a kid.

In his hand, he carried a letter. Usually, he tucked it into his pocket so he wouldn’t lose it. As the bus got closer to town, he took it out to hold. As if grasping it held the bad memories at bay. It helped him protect something precious when he failed at it only months earlier. Perhaps it did. I’ll do a better job with this letter than I did for my friend.

Daniel ran his hand across the envelope. He had memorized every word and wrinkle in the paper. The words inside it burned like an oil well fire in a combat zone. He followed the cursive handwriting of the letter’s sender.

The envelope was addressed to Shawn by his brother, Eric. Before Shawn died, he made Daniel swear to find Eric and tell him everything was okay. It was his dying wish.

I won’t let you down, buddy. This was your dying wish and I’ll make sure he gets the letter. It’s the least I can do considering I failed you once already. Daniel could taste sand and smoke from the battle mixed with bile. Daniel cleared his throat and gripped the arm rest by his side. I can do this.

Chances of him getting anywhere in life were slim at the moment; no one wants to deal with a crazy vet. An honorable discharge with a Purple Heart won’t get me far in the private sector. Hollywood movies never get that right.

He hadn’t read the note at first. It wasn’t his business. After a few days, grief overcame him. No one would know if he read it. Hell, he couldn’t resist the urge to do so. It was his only remaining link to Shawn and that he lived and died. Shawn may not have mattered to the others, but he mattered to me. Plus, the medics at the hospital left him alone and never asked about those in his unit. Even the survivors of his unit failed to show up and see him in the hospital. Even the brass in the chain of command was already pushing him out of the system. I was no longer useful to the nation. A tear streaked down Daniel’s face, which he wiped away so no one would see.

Daniel slowly unfolded the worn letter. His strong hands, trained for war, handled the message as delicately as a lover. In his head, the voice of a man whom he had never met echoed loud and clear:

I know we’ve gone through so much. Not just for our little town, but for the country. I stay awake at night, fearful that I’d never see you again. I have so much to tell you, but I’d be wrong in saying I’d know where to begin. Life in the past few years have been rough and confusing. Sometimes I didn’t understand who I was. I’d spoken to a counselor to get myself in check and finally find comfort in who I am. Few people in our little conservative town would never like it, and hate me, but I can’t deny what was in my heart all along about who I am as a man today. I’m gay. You always told me I was different, and you may have known before I did. You were always smarter and stronger than me. I need your strength now; I can’t deal with this alone. I need your support as you’re all I have left. Please write me back. I’ll be here waiting for a reply or a sign, whichever comes first. Life wasn’t easy for either of us. This probably isn’t a burden you want to deal with, but I need your help, as I can’t do this alone. I don’t have the strength, and you’d always say you’d be here for me. Well, I need you now. 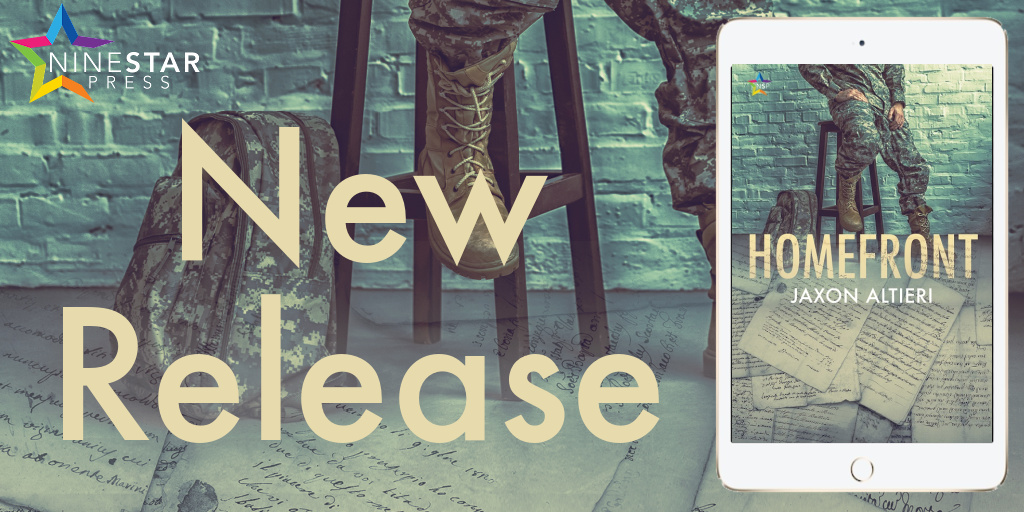 Jaxon is a professional freelance writer specializing in Digital Content Services. Through his clientele he has reached a worldwide platform for his content services and is looking to expand his writing to include fiction, specifically in the LGBT genre. He is a prolific artist and like many people, he believes that love at first sight is a possibility when you meet a kindred soul. When not writing, he’s playing with his dogs, watching low-budget horror movies, and hanging with his partner.